With Simple Mobile you buy one of their SIM cards to put in your unlocked GSM phone and choose one of their unlimited plans. These includes an affordable unlimited 4G plan at $50 a month. You can also earn points every month towards a phone upgrades from their hardware partner.

Note: The company was bought out by Tracfone in 2012. 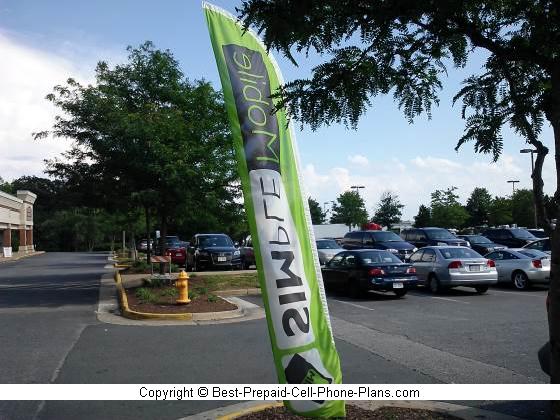 First, let me note that unlimited talk, text and international text is included in all these plans at no extra charge.

The monthly plans start at $25 which includes no data and go up to $60 which give a huge 5 GB of high-speed data.

There are two international calling packages, both of which cost an additional $10 a month. One is a pay as you go service. The other offers unlimited calling to select locations including Mexico, Canada and 50 other countries.

The pay as you go service  includes countries not listed in the unlimited plan. The rates vary by country.

They used to have a separate plan for Blackberry phones, but that appears to have gone the way of the phones.

Coverage is provided by T-Mobile with high-speed data on their 4G LTE network which now appears to have rolled out across the country. If you're in an area where it hasn't, you can stick with the cheaper plans since you won't have access to high-speed data anyway.

A standard or micro SIM card costs $9.99 and includes free shipping. You can buy the SIM plus the first month of whatever plan you choose.

If you buy a phone from one of their partners, then the SIM card is included.

If you already have an unlocked GSM phone that works on the , then you don’t need to order one from Simple Mobile. However, if you don’t and want to avoid the small hassle of ordering one separately and making sure it has the right settings to use with the high speed network, then you may want to get one of the phones offered by them directly.

Overall Simple Mobile offers flexibility in an unlimited plan. It is comparable to similar offering like Straight Talk from the same parent company. You can often find Simple Mobile in some smaller retail locations including mall kiosks or you can order online.

If you’ve got Simple Mobile, tell us about it!

Tell us about your experience with this plan!