Here are the current prepaid phones offered directly by Sprint for use with their plans. They range from $49.99 for a basic Kyocera Event to $499.99 for a Samsung Galaxy S5. There are several good deals on devices in the $100 range.

Many of these phones support 4G speeds and have mobile hotspot capability.

There is a good selection of phones under $100 or so. The best bets in this group are the LG Tribute and HTC Desire 510. 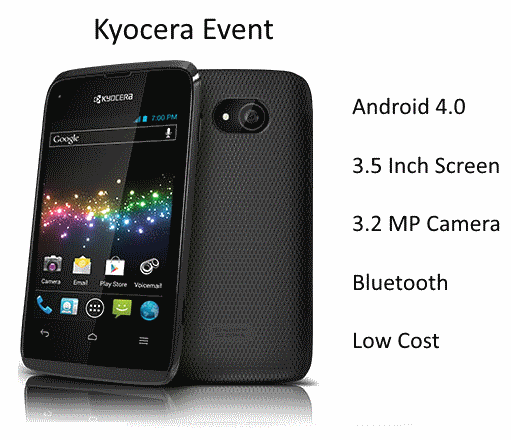 While the price is rightat $49.99, the Event tends to get poor ratings. This phone is also offered by Virgin Mobile. Their users rate in the the 2 to 3 out of 5 stars. 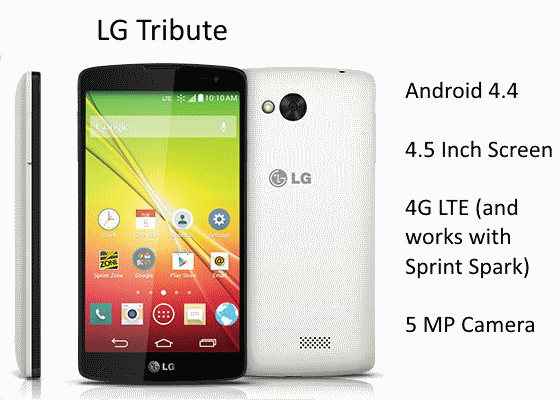 The Tribute, on the other hand, has a great set of features for its price including a 4.5 inch screen, 4G LTE capability, and a 5 MP camera. 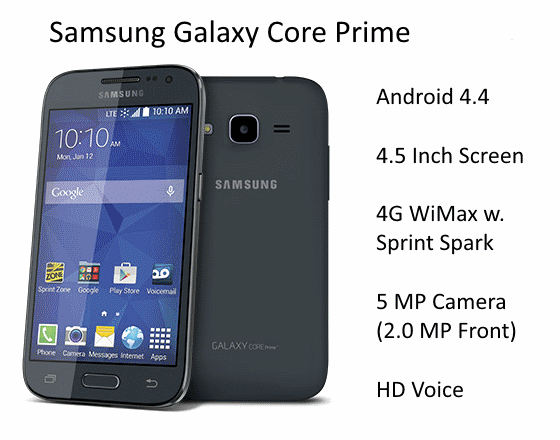 The Galaxy Core Prime comes witha 2.0 MP front-facing camera which is rare at this price point on a prepaid phone. While its other features don't match those of the other Galaxy phones offered here. The price is a lot better. 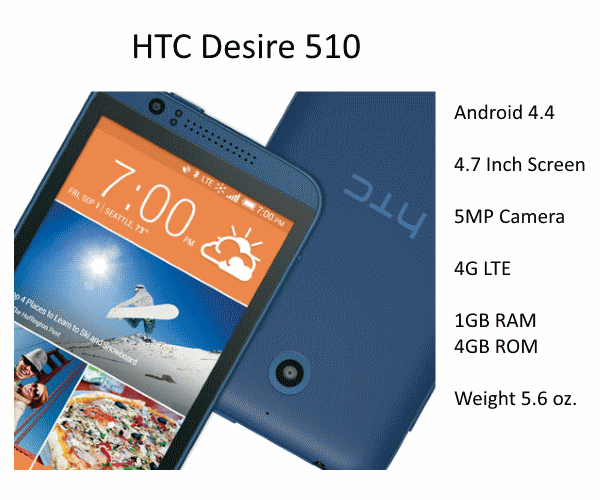 The HTC Desire offers the largest screen (4.7 inches) within the $100 threshold. It's other features are fairly standard. Note, that it also offer mobile hotspot capability. 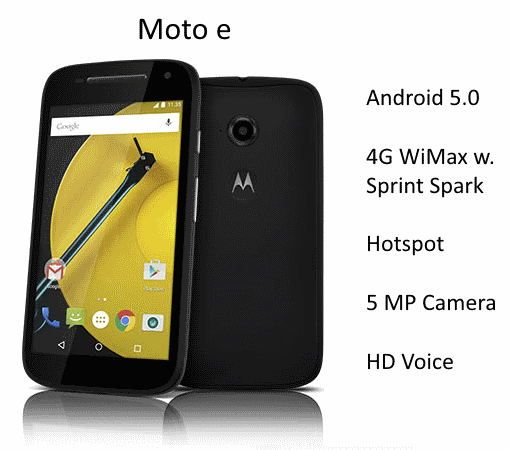 The Moto e is one of three Android 5.0 phones offered, and the only one in this price range. A fixed-focus 5MP cameras is one of the compromises this 4G phone makes. 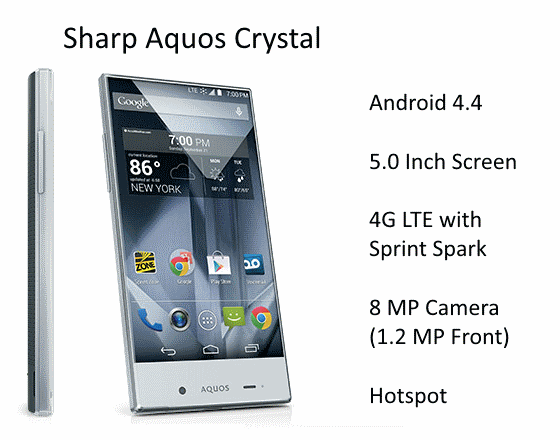 For $150 you get a 5-inch screen that goes all the way to the edge and an 8MP camera (1.2 MP front-facing). This thin and elegant camera does have a couple of quirks including having its front-facing camera below the screen. It actually make for better video chatting, but you may prefer the standard format. 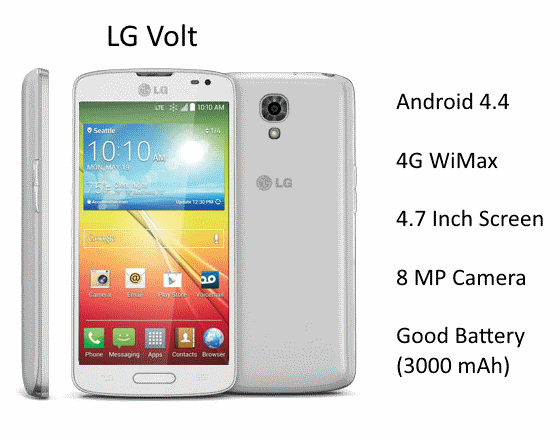 The LG Volt offers a 4.7 inch screen and a 3000 mAh battery that keeps your device running longer on a single charge. Other features include an 8 MP camera. 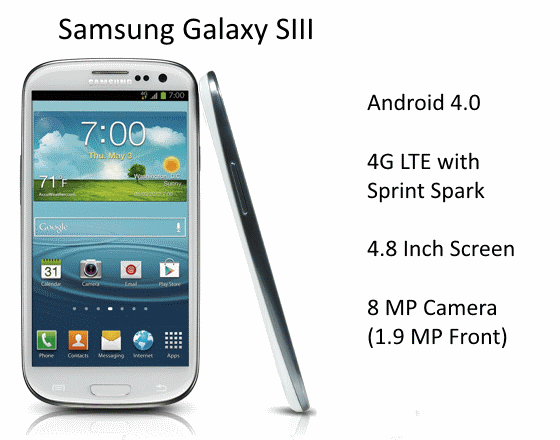 It's a tribute to the SIII, that this model still commands a $200 price tag even though it is a few versions old. This iPhone alter ego is preferred by many over some of the new Galaxy models. 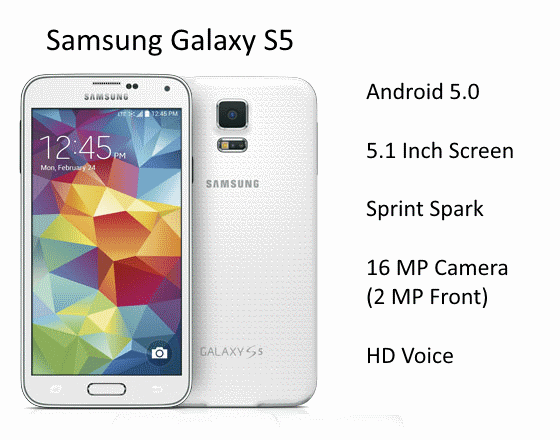 The S5 is the most powerful Sprint prepaid phone you can get. Only recently superseded by the S6, this Android 5.0 phone has a 5.1 inch screen and a 16 MP camera (2.0 front-facing).

So there you have it: a pretty good selection of phones to go with their unlimited talk and text plans.