We chose Tracfone as our prepaid cell phone service. They offered a good balance of features, reliability, coverage and price, especially price. We were happy with our choice, but let's review and see if it's right for you.

You may have a family with children or perhaps it's just you or who knows,  you probably won't find it surprising that one way to cut expenses  is to get rid of your monthly cell phone bill with its list of puzzling charges that appear and disappear.

Nowadays, you can use an iPhone or Android smart phone.

There are such great choices that even when you choose a prepaid phone you don't have to miss... 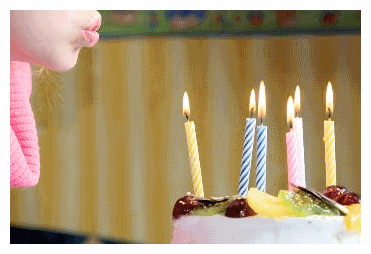 Well, you can purchase their phones and airtime cards almost anywhere. It's hard to find a store in America that doesn't carry them!

They also have good deals online, but let's not get ahead of ourselves.

First, we'll check out their coverage, rates, handsets, features and customer service. By the time we're done, you'll be confident in your decision about whether to go with them.

How good is their Coverage?

Coverage is key - especially when traveling. Tracfone lease their network coverage from other cellphone companies. Practically speaking, this actually translates to great coverage.

"Your mileage may vary". In my area, Tracfone seems to lease their network from AT&T. In other areas, they use the T-Mobile or Verizon networks. (This may change after Verizon finishes its purchase of Tracfone.)

One way to find out who your local carrier is by sending a text or MMS message via your or your friend's Tracfone to one of your email addresses. The messages you receive will have the sender's address in the format similar to "my-phone-number@mms.the carrier's domain.com". In my case, messages came from my-phone-number@txt.att.com, so I knew my local carrier for Tracfone was AT&T.

So the coverage is good.

How are their Rates?

An airtime card or online airtime refill will allow you to add minutes, data and texts to your account balance. Many smartphone refills have unlimited minutes and texts along with a certain amount of data. Other refills have a certain number of minutes texts and data. These refills are good for anywhere between 30, 60, 90 days or even longer such as one year.

Separate data and text cards can add additional amounts of data and texts to the account balance of smartphones.

Over the years, as rates were falling, Tracfone came up with various types of card and phones that advertised Double and Triple minutes to make up for the relative high cost-per-minute of their original airtime cards. They have stopped using these names, and now just divide their airtimes cards by whether they apply to smartphones or to basic flip phones.

Triple Minutes for Life (TMFL) phones used to give you three times the number of minutes stated on the airtime card (except for the smartphone or byop plan cards). This term is no longer used.

Double-Minutes-For-Life (DMFL) phones simply give you twice the number of minutes for every airtime card activate.

If you had a phone that was not a double-minutes phone, you could also buy a double-minute cards that would convert your phone and give you double the minutes on future airtime card purchases. This term is also no longer used.

Note: If you have a basic phone, it may displays the number of units you have, NOT minutes.

As with most other plans these days, there are no roaming charges. No matter where you're calling from, every minute of a call uses up 1 unit of your account balance.

Smartphone refills have either unlimited texts or a separate allotment of texts. Text messages on flip phones cost about 0.3 units from your total airtime balance.

Older models may be "standard-rate" phones, for calls from your home calling area, 1 minute uses up 1 unit of your account balance. Text messages on these older Tracfones cost 0.5 units. These models probably don't function on any current network.

Older Tracfones may charge a roaming rate of an additional minute for each minute of a call.

These airtime minutes have to be used within their...

Do Minutes, Text and Data Rollover?

Tracfone used to put out tons of promo codes which could add up to 200 or 250 minutes to a one-year card. Factoring in those extra minutes made many more expensive cards a worthwhile purchase. However, now these codes are harder to find as Tracfone tries to promote their Rewards program instead.

So now that you know the rates are pretty reasonable, you're probably asking yourself:

Are there Family Plans?

Tracfone no longer has any family plans, but you can add as many lines to your account as you want. They just all cost the same as single lines.