Easy to Use Cell Phones with No Contracts

The Jitterbug, Doro, and the Alcatel Big Easy

Easy-to-use cell phones make your life a whole lot nicer, because they let you use technology rather than struggle with it.

Such phones should first make sure it’s completely simple to do the most common tasks. These include making and receiving calls, checking voicemail, and sending and receiving text messages. After these needs are taken care of then we can look at other features such as a camera, or music player, which are nice to have, but not the most important thing you look for in such a phone.

For making and receiving calls, three cell phones for seniors are optimized for this. They are the Jitterbug, the Doro, and the Big Easy phones.

Both of these phones below are offered with no-contract plans so you don’t have to worry about being stuck with a long-term contract.

The Jitterbug flip phone from GreatCall is probably the most well-known of these phones which offer nice large buttons and a bright screen in a compact size that still fits comfortably in your hands. The large buttons make it easy to dial the numbers which, of course, is a large part of making calls. Once you add phone numbers to a contact list, you can use voice dialing to avoid having to dial the numbers at all. Also, a convenient dial tone tells you that you have enough of a signal to make a call. Receiving calls are easy because of the volume control and the cushioned earpad that makes it easy to hear and understand the voice on the other end.

Greatcall has worked at making voicemail easy to use on their phones so it’s not as much of a hassle. They also have a Simple Text feature for easily sending common text messages.

Easy to Use Doro Phone 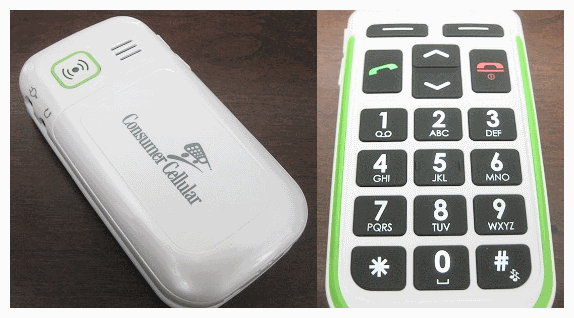 Consumer Cellular offers the easy to use Swedish-made Doro phone. This phone also has nice big buttons making dialing easy and a large bright screen. On the back there is an SOS button on the back for calling emergency numbers. In addition, there is a flashlight for additional safety.

There doesn’t appear to be any special facility for text messages, but the large buttons and screen should help in that regard.

The Doro is available for $60. 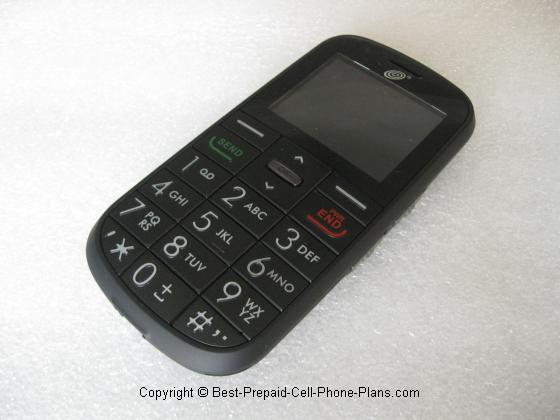 The Alcatel A382G is the first big button phone available for Tracfone. It replaces the Samsung T155G senior value cell phone which didn't really provide that much value. This phone, however, has large clearly marked buttons, an FM radio, and long battery life. A flip-style version of this phone, the A392G, is also available.

The Just5 unlocked GSM phone can be used with the AT&T and T-Mobile plans. The name comes from its emergency response system that calls up to five designated numbers. It has large buttons and amplified sound. It is available from Amazon and other dealers from $60 - $65.

If you agree that smart phones with their big touchscreens are actually easy to use, then here are a few options for getting these without a contract.

You can get pretty good smartphones at a good price these days.

Straight Talk offers smart phones both below the $100 level as well as some of the latest models.