Why consider a NET10 cell phone plan? Do you want the flexibility to switch between a pay as you go plan and a monthly plan? If yes, then you should consider this service.

In this economy, you may have to be creative to fund what's valuable to you. Perhaps you want to add some art or music classes for your kids back into the budget. Having a cell phone plan you can adjust helps you save the money you need.

Net10 is an attractive option for a prepaid cell phone plan with an effective monthly cost starting as low as $15 a month for prepaid and $40 a month for unlimited talk, text and web.

This service is provided by the same company that sells Tracfone and Straight Talk phones and service.

Airtime costs vary depending on how many minutes you need a month. Different airtime cards offer different rates.

Pay As you Go Plan

On the pay as you go plans, airtime costs 10 cents or less per minute. For example, you can pay $15 a month or buy a $30 300-minute card every 60 days. You can also buy some airtime cards with more minutes but which end up costing a little more than $15 per month but give you a cheaper per-minute rate.

Text messages cost .5 units each. Earlier there were a couple of phone like the T401g where they cost 0.3 units (or about 3 cents) each to send and receive, however I believe that option is no longer there. The actual cost in cents can be slightly less if you buy one of the larger value airtime cards.

Airtime on a pay-as-you-go plan carries over to the next month. This Net10 plan cannot be activated on a smartphone.

The 30-day monthly plans offer a lower per minute rate

The $25 "monthly" airtime card provides 1000 minutes good for 30 days. If you run out of minutes before the 30 days is up, you have to add another card. Every time you add a card, the service period is reset to 30 days.

Text messages costs one minute each to send or receive. Since these cards cost $25, that works out to 2.5 cents each. This is not that cheap and is a weakness in the plan. If you're willing to spend $30 a month and won't need to switch to a pay as you go option during the year, a Straight Talk plan may be a better deal for you.

If you run out of minutes before half the month is up, you're better off with the unlimited plan.

You're thinking huh? Why would you pay more for less minutes? Well, that's because the unused minutes in this plan carry over to the next month. This is good if there are months when you hardly use the phone and other months when you use it more.

Same thing here except you get 200 minutes that can carry over for $15 per month.

You can make and receive as many phone calls as you want. The same goes for text messages. The amount of high-speed data available varies with the plans.

Find out more about the unlimited plan here. 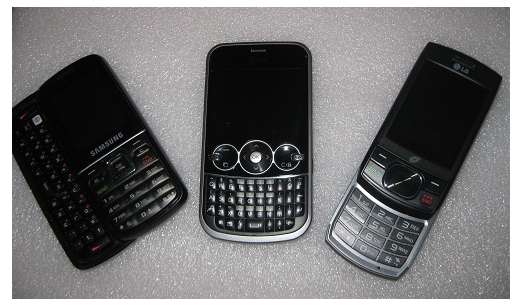 There used to be only a few basic handsets available, but there is now a good selection of phones you can choose from, including mostly Android phones though they do still sell a few feature phones which can operate on their pay as you go plans. These phones are available direct as well as through retail stores like Best Buy and Target and through sites like Amazon.

You can get a free phone when you buy a $25 airtime card.

Currently the best Net10 phones are the iPhone 5S and the Android-powered smartphones. The Android phones come in both basic (ZTE Midnight) models as well as phones like the Galaxy S4.

However, they still sell java app-capable phones like the LG 900g and the Samsung T404g (review of the Tracfone version) which have 2 MP cameras and music players and the Motorola EX124g.

Earlier they sold the LG 620g Bluetooth slider phone and the Samsung T401g with a slide-out QWERTY keyboard were both good phones with 1.3 megapixel cameras and mp3 music players and are still sometimes available as reconditioned units.

OK phones include the Motorola EM326g slider phone and two flip phones: the Samsung S275g and the Motorola W408g flip phones with megapixel cameras. the W408g also has a music player.

Some of the older phones include the W375 and the W377g. These flip phones were from the designer of the Razr. The LG600g is a flip phone with camera and Bluetooth capability including downloading photos to your PC.