GreatCall Review - Easy to Use Phones

Easy to Use Phones and Urgent Response Devices

GreatCall offers easy to use Jitterbug phones, smartphones, safety devices and wellness apps for people looking to stay connected, safe and healthy. While most of their customers are seniors, their products are also useful to others as well.

Martin Cooper and Arlene Harris started the company in 2006. Cooper was one of the original inventors of the cell phone way back in 1973. He teamed up with Arlene Harris to create technology that was easier for seniors to use. So they’re a little more interesting than your typical cell phone company. 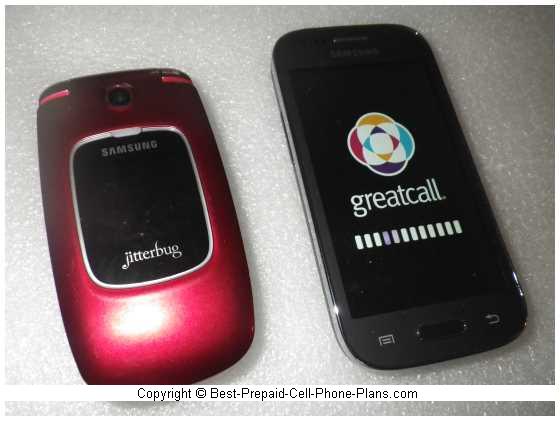 Jitterbug Plus and Greatcall Touch 3

When GreatCall first launched the first versions of the Jitterbug phone, the network coverage was patched together through a bunch of different providers. However, a couple of years ago, they switched to the Verizon network in order to provide a better experience.

The coverage page on their website shows a national coverage map. If you're concerned about the coverage in your local area, you may want to go to Verizon’s site to check the street-level map.

Compare to Consumer Cellular on AT&T

In contrast, AT&T provides the coverage for Consumer Cellular, which is the other main company that provides easy to use phones and services targeted at seniors.

No-contract phone plans start at 14.99 per month for 200 minutes a month. Higher plans offer more minutes. You then buy additional packages of texts depending on how much you think you will need. The same goes for data.

With the introduction of their new smartphone, they now also offer affordable data plans. The costs range from $2.49 a month for 40 MB to $30.00 a month for 2.5 GB of data

These prices have come down a bit and are no longer as expensive compared to other plans when you calculate their cost per megabyte. These plans are reasonable if much of your data usage occurs over a local WiFi network.

Data plans are not available (nor really necessay) for the Jitterbug5 flip phone which does not have a web browser.

For $49.99, you get unlimited talk and text and 100 MB of data. This is not bad, but it would have been much better if it included a bit more data.

You can get one of GreatCall's Health and Safety Service plans instead along with your minutes, texts and data. The Health and Safety services include their urgent response service. So the Basic Plan combines the basic 14.99 plan (with 50 minutes) and their 5Star Response service, Urgent Care advice line, voicemail, medication reminder service, and health and safety extras such as a weekly wellness call.

You can add additional minutes at the same rate as above.

Earlier, Greatcall advertised the fact that If you had two or more lines on your account, you could sign up for one of the Share Plans. For example, for 39.99 per month plus $14.99 per additional line, you could share 1500 minutes (of calling to other people). You also got unlimited calling between two phones on a Share Plan.

This plan is no longer mentioned (at least not prominently) on their website, but it may still be available. If you're planning to have activate more than one handset, you should inquire about this possibility.

The new Jitterbug Smart has a 5.5 inch qHD display (sharp) and a 5 MP camera (2 MP front-facing camera for selfies and video chat). Even though it is a more high-tech smartphone, it still comes with an (optional) easy to use interface designed by Greatcall.  There is a usage meter utility for keeping track of your minutes and data. It is now offered at a reduced price of $112.49

The JItterbug Flip replaces the Jitterbug5 which was basically the JItterbug Plus with the addition of a dedicated button for dialing the 5Star urgent response service. All of these phones combine the ease of use and introduce ever sleeker designs so that you don't feel you're using an older phone. A camera allows you to take and share photos via messages or on social networks.

Lively Mobile Plus and Lively Wearable

The 5Star Urgent Response Devices are like a "Personal On-Star" for your life. The devices allow you to connect to US-based "certified response agents" at the touch of a button. These agents stay on the line until you’ve received the help you need. The service has your profile to help give your personalized attention.

The latest version of these devices is the Lively Mobile and the Lively Wearable. The Mobile is meant to be worn like a necklace, while the Wearable is like a watch.

The Lively Wearable requires you to also have an Android smartphone such as the Jitterbug Smart (though it could be another Android phone as well). The cost of the wearable is also $49.99 plus a $14.99 monthly plan. You can get 10% off the Lively Mobile with code: Lively10

These agents can call 911, but you can also get 911 directly from the device as well by pressing and holding the button for five seconds.

If you don’t want to carry around another device in addition to a cell phone, you don’t have to do that. The Urgent Response service is also available from your GreatCall phone.

The Touch 2 was a vast improvement over the original Jitterbug Touch. Gone was the clunky slide-out keyboard, and in its place was a pretty good Huawei smartphone with a front-facing camera.

The original Jitterbug Touch was the first smartphone from GreatCall. It wasn't such a great phone to use, but it was important for the new easy interface that was developed for their smartphone line. 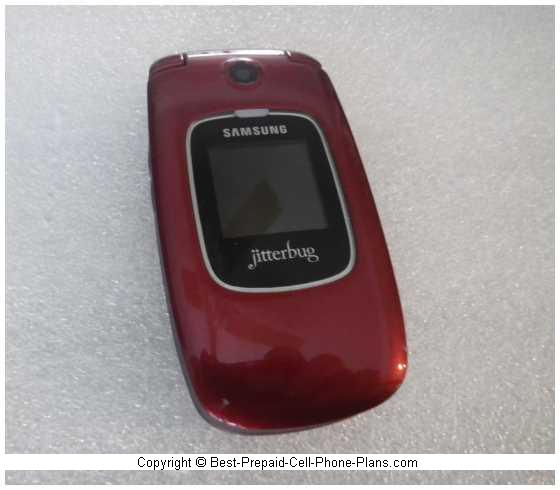 As mentioned above the Jitterbug Plus is almost identical to the "5", in appearance. It looks more like a regular flip phone which still retaining the large buttons of previous models.

The Jitterbug J easy-to-use phone was the predecessor to the Plus. It has a large bright screen, large buttons, and a loud speaker. There are a few other phones like that around such as the Doro phone from Consumer Cellular.

What makes all the Jitterbug flip phones unique is their “Yes or No” user interface. All the tasks for the phone are phrased as questions that can be answered by pressing the Yes or No button. For example, if you bring up a phone number, the screen will say “Dial?”, and you can press “Yes” to dial, or press “No” to return to the previous screen. The phone came in two colors: graphite and red.

The Samsung R100 is a basic open-face or candy-bar style phone that doesn’t have any special physical features other than the fact that it's not a flip phone and looks like a normal phone rather than a special phone. However, the phone does share the same Yes or No user interface, making it easier to use than a regular cell phone.

These phones and the Urgent Responder Lively device are available with free ground shipping which takes 3-7 business days. You can also pay $20 for expedited shipping.

GreatCall offers a number of additional services which they call “apps” some of which are actually available as smartphone apps. One such example is the free app called MedCoach which is available on iPhone and Android smartphones. However, most of their apps run on the Jitterbug phone. Some of these apps are free, but most have a small monthly fee.

Some of the notable apps include LiveNurse, a 24-hour service that offers live nursing advice. This service is included in the Urgent Response service, but can also be added separately if you don’t need to emergency response features. Other health and safety apps include the Daily Check-in call and the Medication Reminder services. You can see a full list of Jitterbug apps here.

The MedCoach app for iPhones and Android smartphones helps you maintain your medication and supplement schedule. The app delivers reminders to your phone and even connects you to your pharmacy for prescription refills. As noted above, the 5Star app is also now available on the iPhone and coming soon to Android phones as well.

This may indicate that GreatCall is moving in the direction of offering more of its services on the iPhone and Android platforms. However, the Jitterbug 5 still offers a simple and easy way to stay connected and safe.