If you scour the listings for prepaid cell phones on eBay, it looks like you could save a bit of money … as long as you’re careful. Here are five quick tips to improve your chances for getting a good deal on a working phone. 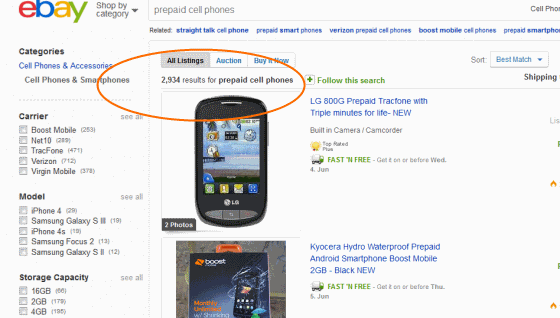 I purchased a Tracfone from a pawn store owner. I received it, but I wasn’t able to activate it. I called Tracfone’s customer support, and they basically said I needed to go back to the retail store where I purchased it and have them okay it for activation. Having bought it from eBay I obviously couldn’t do that. The customer support person seemed the imply that the phone might have been stolen. Luckily, I was able to return the phone for a full refund, but I did end up wasting a lot of time.

The scenario above is also a good reason to avoid individual sellers on eBay and, especially, online classified sites such as Craigslist. The results don’t have to always be bad. I bought a flip phone recently from an individual, and I was able to activate and use it just fine for one of my reviews. However, I also bought a slider that only activated half-way (the phone activated but the minutes were not added).

3. Search for Wholesalers or Liquidators 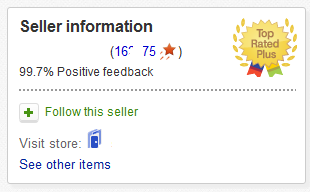 There are a few wholesalers or liquidators who are selling tens if not hundreds of particular models of phones. Sometimes these phones are refurbished and sometimes they’re new. As long as the sellers have a good (99% at least) feedback rating, they are worth considering. I have purchased a couple of models from these sellers, and have been pretty happy with the purchase.

These liquidators usually offer free shipping because it makes things simpler for them and easier for you. Sometimes the handsets are so cheap it almost seems like they’re paying you to take if off their hands, which brings up the last tip.

5.  But Avoid Getting Outdated Models

Sometimes these liquidators are selling models that are no longer offered on the phone company’s website. Unless you’re looking to replace a handset you already have, you’re not really saving much money by getting an outdated handset.

And it Goes Double for Craigslist

Needless to say, the warnings above apply even more for Craigslist postings. Other than some obvious drawbacks such as no return policy and trying to figure out if the phone battery will hold a charge, I have one extra complaint.

For some reason, Craigslist users seem unaware that the phones they are selling used can often be gotten new at the same or lower price! Unless it's an older model with a cult following (which used to be the case with certain Blackberry models) there's no reason not to price it inexpensively.

With that, you're all set to look for prepaid cell phones on eBay.