The Tracfone LG 306G (along with the 305C) is the latest in a line of touchscreen phones that are almost but not quite smartphones. This phone has a 3.2 inch touchscreen, 2MP camera, Wi-Fi connectivity, a virtual keyboard, but it is not a Smartphone. It runs java apps, but cannot run Android or iOS apps since it doesn’t use either of those operating systems. So is there a place for it? Surprisingly, there are a couple of scenarios when you might want to get this phone!

You may have seen this phone promoted online quite a bit earlier, especially if you had ever visited Tracfone’s web site. So you are probably curious about just what this phone offers when you could just as easily get one of the Android models that they now sell. 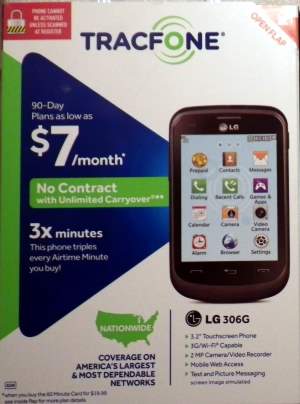 But No Separate Data and Text Allowance

You can’t use these codes with an Android Tracfone.  However, those models do get a separate bucket for text messages and data. With the 306G, texts and data usage are deducted from the main and only airtime bucket. So if you’re not careful, your minutes can quickly disappear.

The 3.2 inch touchscreen on this phone is very good. If found it to be very responsive and without any glitches. Earlier models like the 800g had the earlier pressure-sensitive technology, although the 840g was pretty good.

The phone is supposed to have a gravity sensor that is supposed to allow the screen to adjust its orientation as you rotate it sideways. However, I didn’t see a scenario where it was utilized, and there is nothing in the settings menu that references it. So, as far as I can tell, this is a non-existent feature. 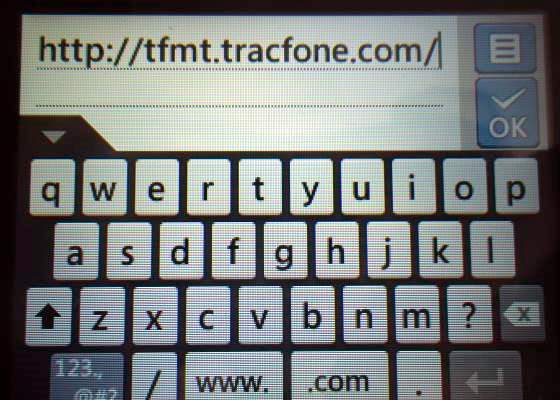 The virtual keyboard is deployed automatically (sideways) when you start to write a text message. For the web browser, you’re initially presented with the numeric keyboard for some reason, but you can change the input mode to get the QWERTY layout.

You can take pictures at up to 2MP resolution and videos in QVGA (320 x 24) or QCIF (176 x 144) modes. Pictures taken are stored by default (thank goodness) in the included 4GB memory card that is included with the phone.

You can fit about one hour of video of QVGA video on the 4GB video card if there’s nothing else stored on it.

In fact the default storage for pretty much everything is set to the memory card, which is a welcome change from the old days when you had to do this manually. You can substitute a higher capacity (up to 32GB) card if needed. 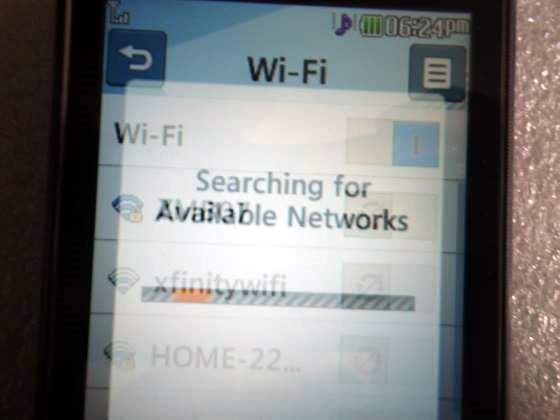 Yes, you can hook this up to a WiFi network and then browse the web without using up your airtime. I found that the phone connects quickly and stays connected to wireless networks. This is unlike one of the earlier Tracfone models, which sometimes seemed to disconnect at odd moments.

As mentioned above there is a web browser for checking out websites. There are no restrictions on the browser, however, I have noticed that some websites (including this one) don’t recognize this as a mobile device and therefore do not serve up the mobile version of the page. 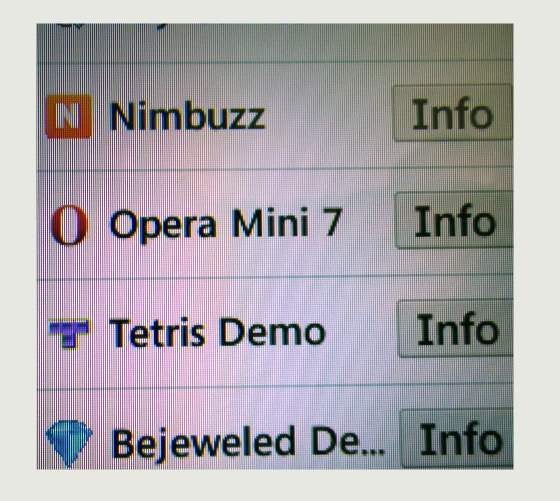 The phone comes with one full game and a couple of demo games. It also comes with the java version of the Opera Mini 7 web browser if you don’t like the default browser. The Opera browser looks a little more polished, but it has its own virtual keyboard with smaller buttons that you may find a little more difficult to use.

You can download additional apps from a few sites. 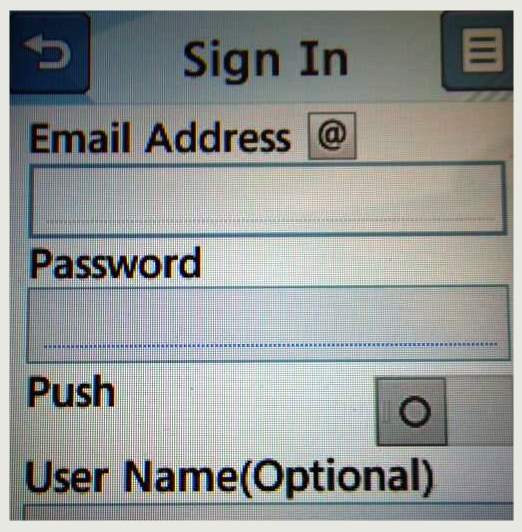 There is a dedicated Facebook app and Email app, so this functionality is there. You can keep current with your newsfeed and your latest email messages. The email app even has a “Push” setting that you can turn on to be notified of messages. You should be aware that the notifications will cost you airtime if you are not hooked up to a Wi-Fi network at the time.

You can play your mp3 tunes via the music player. There is also a separate video player which also has a link for recorder video

Among the most popular apps, what’s clearly missing is YouTube. This is not surprising. Although one of their previous feature phones (the Samsung S390G) did have a hidden YouTube player that would appear if the phone was hooked up to a wireless network.

So the question of whether you get one of these phones boils down to whether there is a particular reason you don’t want a smartphone but still want Wi-Fi so you can access to things like Facebook or email without always using your airtime.

It is possible that you will have a small amount of greater privacy if you use this phone as you are not hooked up to the Android or iOS system. However, that’s probably only minor advantage. If you really want to avoid being tracked by your phone, then you probably need to turn it off when you enter a store.

Another reason may be that this phone with its limited number of apps and games available will be a little (a lot?) less addictive especially for the younger generation. If this is the case, then that would definitely be one reason to get it.