Getting a Straight Talk smart phone gives you unlimited minutes messages and data for $45 a month. You even have the option of choosing a smart phone that runs on the Sprint, Verizon, AT&T or T-Mobile networks.

Here is a sortable list of Straight Talk smart phones. You can sort by price, camera resolution, screen-size and more.

Not only is the plan cost hard to beat, but you can add unlimited international calling the mix for an extra $15 a month.

In a couple of cases I was transferred to a supervisor before I found someone who was willing to give me this information. I did have to give my zip code, so there is a possibility that some of this information may be different depending on your location. For the other phones, I based it off the forums I monitor. 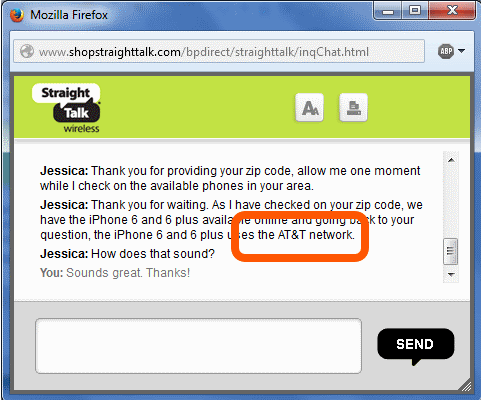 Here is a rather incomplete list showing the (stated) battery life of some of the phones listed above. There wasn't space to include this information above.