Spot the Differences Compared to the LG 306G

The Tracfone LG 305C touchscreen phone is almost identical to the LG 306g. As I have reviewed the other one already, in this article I will focus mainly on spotting the few differences. If you're set on one or the other, this will help you choose. Before we do that however, let’s recap the main features. 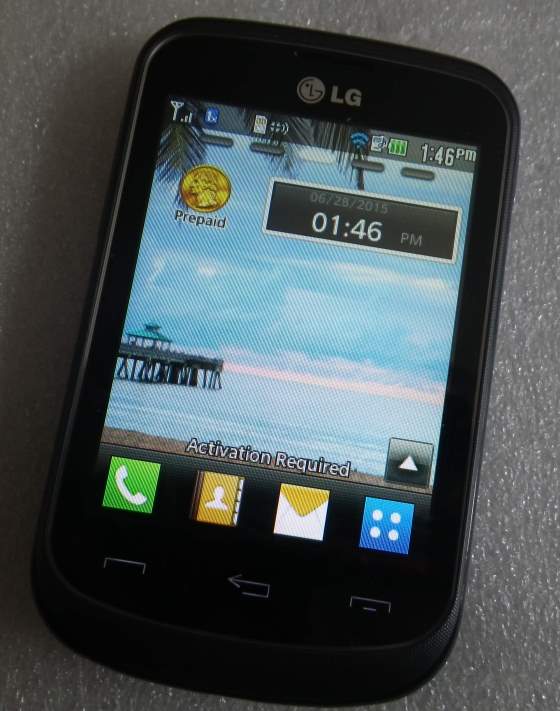 This phone has a 3.2 inch touchscreen, 2MP Camera, Wi-Fi capability, mobile web access, music player and Java apps and games. It also comes with a few built-in apps such as an email client and a Facebook app.

However, this is not a smartphone, and it cannot run any Android or (obviously) iOS apps.

Differences between the LG 305C and 306G

Now lets get down to the differences between the two models.

The main difference, which may be important to you, is that the two handsets run on different networks. The 305C is a CDMA phone and runs on the Verizon network. The 306g is a GSM phone that runs on the AT&T or T-Mobile networks (the one I reviewed had an SIM card for the AT&T network).

One consequence of the phones using different networks is that the circuitry has to be slightly different, and you can see indications of around the borders on the inside. 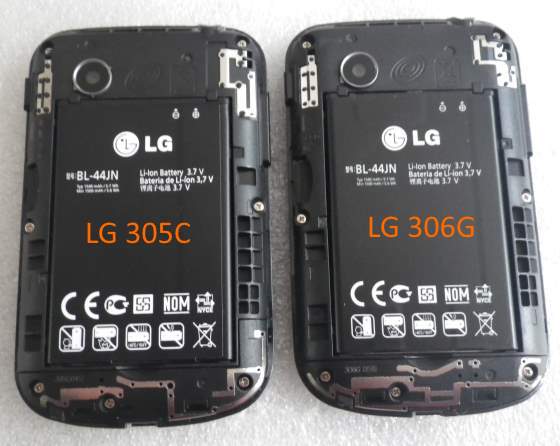 That's right. There's no Facebook app! I couldn't believe this at first as the GSM version does have this. I tried going to the Facebook web page to see if I could download the Java app, but that wasn't an option.

Similarly, there is no separate Email client app. You have to try to access your email through the web browser.

The 305C has a setting for turning location services on or off. You can choose between location info for E911 only or turn it on generally. This is indicated by the way the location icon displays on the top of the screen. This option is not available on the GSM handset nor is there a corresponding location icon. I don’t know whether this means it’s on by default, only on for E911, or non-existent. 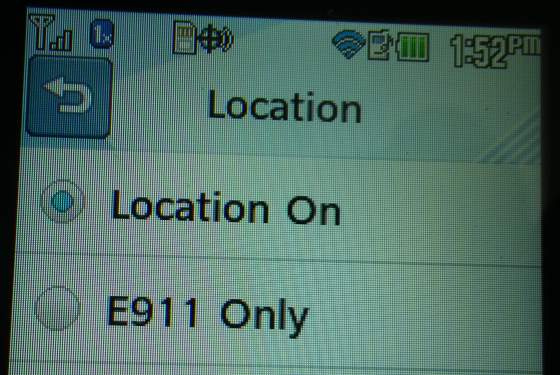 The location info doesn’t appear to be used by any other tool however. So, for example, I didn’t see an option for recording the location info for photos (which you can do on the Samsung S425G QWERTY slider). So perhaps it’s only for locating the phone and its user. Even so, this seems like a good feature.

Have you ever been puzzled by what the various icons at the top of the screen really mean. If you did, you would have to go looking for the manual and hope that they were listed there. Sometimes they were and sometimes they were not. Well, the LG 305C now has an icon glossary on the phone itself.

Yes, it’s not the most exciting thing in world, but it’s something, and it’s missing on the 306G. 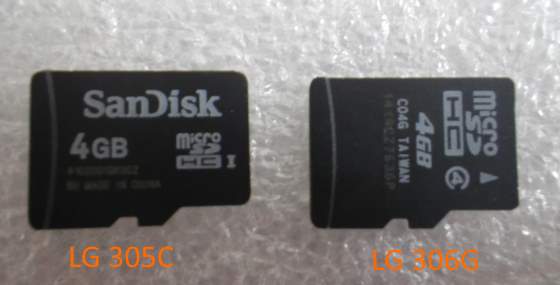 This is so minor that it might not even be worth mentioning, but here goes. The microSD memory card on the 305C is a Sandisk brand 4GB card, while the one included with the other handset is a no-name brand 4GB card. However, even the no-name brand card is listed as a Class 4 card.

There are a few small differences in the interfaces though the functionality is pretty much the same. 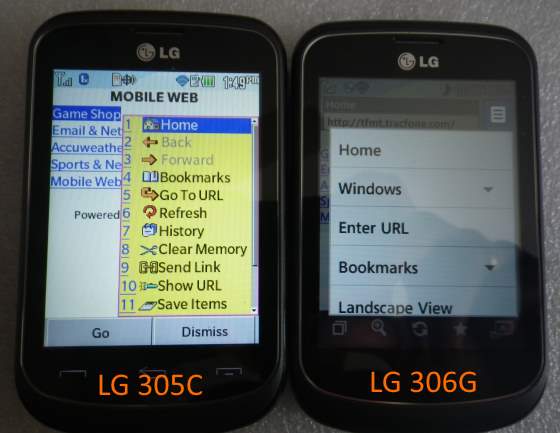 The Mobile web browser interface is slightly different with the main menu button being either on the bottom or the top of the screen. The functionality appears to be the same. 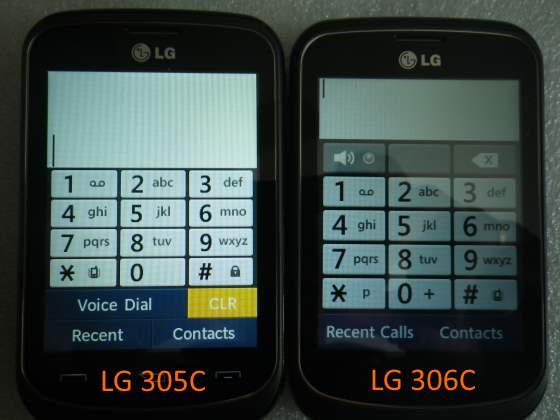 Even the dialer is slightly different, with the 305C having slightly smaller buttons, but more space to display the number, while the 306g has larger virtual buttons but a smaller number display area. Also, on the 305C, the voice dialing option is noted on the dial pad. The 306G also has a voice command tool that can be used to dial numbers, but you have to first set it up separately. 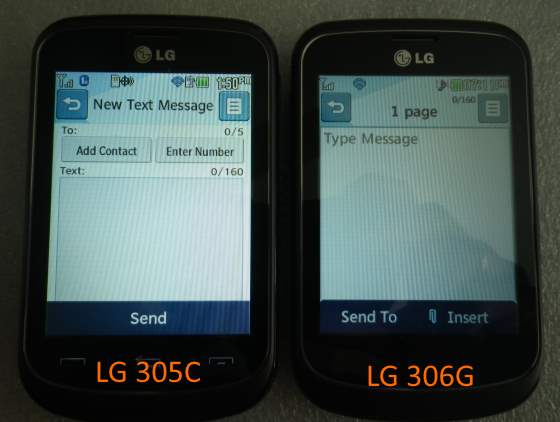 There are a few even more minor differences in some of the other features, but those are so slight that they’re not worth going over in detail.

Which One to Get?