The Straight Talk Samsung T528g touchscreen phone's features made me want to love it from the beginning, and I did in the end, but not before some fast-food related disasters.

Though not an Android phone, the T528g's features are still great especially considering that you can activate it on the $30 per month plan rather than being forced to use the $45 unlimited plan. The WiFi capability means you can save your airtime when connecting to the internet whenever there's a connection available. 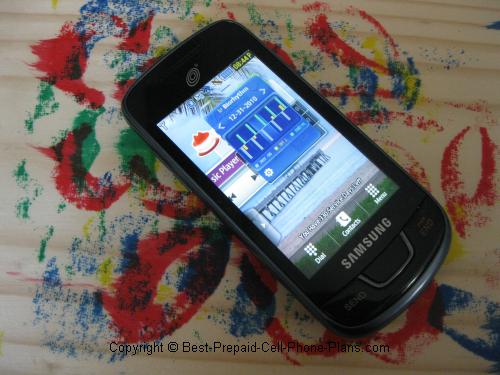 Other features include a music player, 2.0 megapixel camera, email client (even an Exchange client), Facebook and MySpace apps, and a hidden app for YouTube videos and additional apps from Samsung! So what's not to like? Well ...

I've seen some more complaints about the screen. So despite the great features this phone has, I have decided against recommending this phone.

But You Don't Want Fries With That 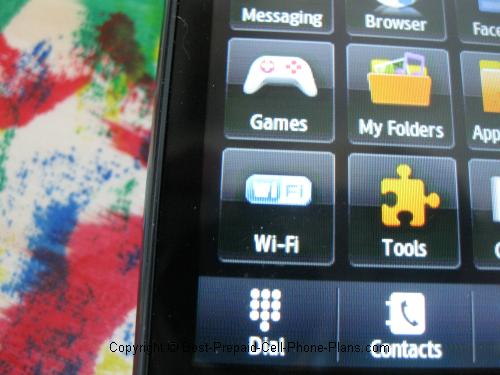 It was my own fault. The first time I tried using the Samsung T528g I had just eaten some french fries and got some grease on my hands which I must have transferred to the phone. This made the screen go totally wonky. Sometimes it would respond and sometimes it wouldn’t. Even after I cleaned off the screen as best as I could, it would behave in strange ways – if I pressed a point on one side of the screen, it often selected a spot on the other side of the screen! This problem made itself apparent when trying to delete some unwanted text messages from a spammer. Every time I pressed “Delete”, the “Cancel” button got selected instead.

Then I did something that caused a bunch of widgets to get dumped on the home screen one on top of the other making it difficult to actually use them as widgets. After it kept acting up, I decided to put a stop to this comedy of errors and wait a few days before trying it again.

The touchscreen is not a pressure-sensitive screen like those on the Moto EX124g or LG 800g. The screen actually responds to your “touch” and this functionality had gone awry In the meantime I wondered if I was just unlucky and had gotten a defective unit.

After a few days, I took out the phone again and cleaned the screen again carefully, and . . . it worked! So the problems may have been my fault in the end. (Others have now also reported problems.) On the 3-inch screen the icons and information are clearly displayed. Woohoo!

The nice screen plus the sensor makes it great for using the apps included with the phone.

The Straight Talk Samsung T528g can run mobile java apps. There are three official apps installed – Facebook, MySpace, and the Browser. However, there’s one more hidden one that you find when you use your browser to go to YouTube and click on a video – a YouTube viewer launches to play the video!

The Facebook mobile app on the T528g lets you update your status, see your newsfeed. You can view and add photos and even edit your profile and search for new friends.

One thing you can't (as far as I can tell) do with this app is check-in to physical locations. This phone does not appear to have a GPS radio for providing location info to apps. You may be able to check-in manually via sites like Foursquare.

The MySpace app allows similar functionality. MySpace is pretty aggressive about the advertisements on their site. However, the mobile app seems relatively ad-free.

One drawback of the MySpace app is that you don't have access to the music and video features of the Myspace player. You can however update your Mood, view profiles, check your friend's status. You can also see the activity stream, bulletins, comments and blogs.

Note: MySpace has had some drastic changes over the last few years.

The mobile web browser seems to load regular web pages. The default font for the display of web pages makes it difficult to select specific links.

Tip: Use the side volume controls to zoom in and out on the web page.

So while testing the browser, I moseyed on over to the YouTube page to see how it looks, and for the heck of it, clicked on a video link, and lo and behold I found a . . .

When you click on a link, a hidden YouTube player that actually plays YouTube videos! I say hidden, because I didn't remember reading about it the phone's description, and it's not mentioned anywhere on the box.

Note, you need to be connected over the WiFi network to use this player. 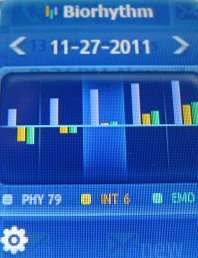 Samsung used to have its own app store. I'm not sure it was ever officially even launched in the US, but this phone had access to it. I discovered it by accident when I clicked on an icon, that launched an app that listed available app. I clicked on and downloaded a Biorhythm app.

For example there was a pre-installed news app called AP Mobile which sent news stories from the Associated Press news stories.

However that app store is now gone.

Okay, so I've gone on about the apps for a while. So lets check out some of the other features of the phone.