Refurbished Tracfones can save you a bit of money over buying new. I’ve bought a couple of refurbished phones for testing now, and they seem just as good as the new ones.

In either case, that's long enough to know whether you got a good one or a lemon. After that, the only thing that really matters is how often and on what surfaces you drop it. 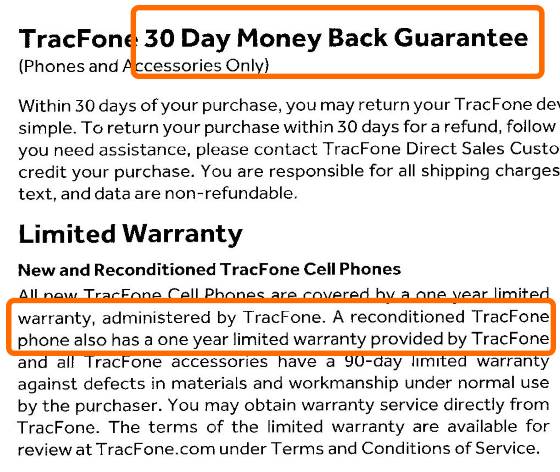 These are the refurbished handsets currently available from Tracfone.

Here are a few older phones included on the list because they had been reviewed on this site.

The Optimus Dynamic is a basic smartphone suitable for web, email, YouTube etc. The limited memory means you can't add many apps.

The ZTE Midnight is yet another Android 2.3 phone. This one has a 3.5 inch screen.

The LG 900g vertical QWERTY handset has been out awhile, but it is still great for things like texting. It can run Java apps, but is somewhat limited in that regard.

The Samsung T404g QWERTY slider has a well-laid out keyboard and fairly large screen for this type of device.

The Samsung S275g has a couple of nice features for a flip phone, including a modest but versatile camera.

Refurbished Samsung S390G QWERTY phone with WiFi capability plus $20 airtime card  is offered for 19.99 or free with an airtime card depending on which version you wanted.

The Motorola EX124g touchscreen phone with stylus, 3 MP camera and email client is available as a refurb bundle for $29.99.

From the high to the low. The basic LG 300g can be had along with a $25 airtime card. No web or downloads on this one, and so the battery seems to last forever.

If you want a basic flip phone instead, you could give this Samsung T201g a go. You can store a limited number of contacts on this phone.