The Straight Talk LG290C is a great way to get into one of the Straight Talk no-contract cell phone plans. The LG slider phone comes with a 1.3 megapixel camera and Bluetooth compatibility. This review is based on the reconditioned phone plus a $30 card purchased directly from Straight Talk for $79.99 plus tax. (Shipping was free.) So the phone itself cost me about $50 plus tax. 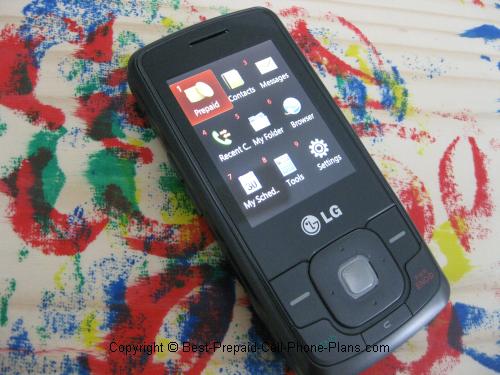 The 1.3 megapixel camera on the LG290C is good for quick snapshots that are still of decent enough size to email or post on a blog or Facebook page. My phone arrive with the default setting at VGA(640 x 480) resolution, but you can bump that up to 1260 x 980.

You can use pair a Bluetooth headset with your phone. Unfortunately, you cannot transfer your photos via Bluetooth - you have to use picture messages which defeat the purpose of a megapixel camera.

The screen is a definite positive on this phone. It’s nice and bright with really good contrast which gives it a really sharp appearance.

The look of the interface is really nice on this generation of LG phones. (The LG 420g interface is similarly attractive, though it has a smaller screen). LG tends to use very detailed icons, and you really need a phone with a good screen, like this one, to see them properly.

You get 33 ringtones pre-installed. They’re not bad. A couple of them I could actually imagine setting as my ringtone, though I usually just leave it on the default. You can also buy and download additional ringtones from the Straight Talk website starting at about $2 each.

Similarly, the phone comes with 12 free wallpapers, and you can again buy additional wallpapers from the Straight Talk website. You can also assign any of your photos as the wallpaper. I actually like the default “green forest” wallpaper, but I thought I’d try out some of the other default images and was surprised to find that they were animated.

One wallpaper for the Straight Talk LG290C titled “Morning Calm”, patterned after a Chinese or Japanese painting, is especially elaborate. A red flower bloom and then a rowboat in the background sails across the screen to a blue flower that also blooms. This is followed by a flock of birds that rise up into the sky. Beautiful and nicely done.

You can store up to 1000 entries in the address book of the LG290C, and you can choose them from the the keypad or via voice command. 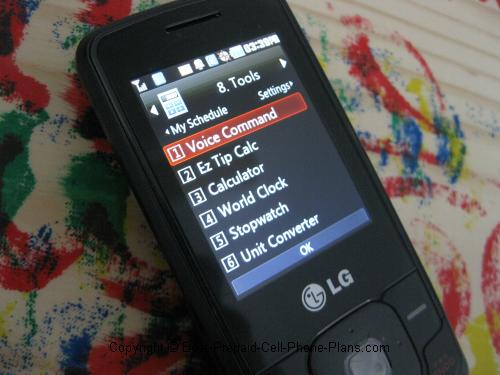 Voice command is a feature available on Verizon’s CDMA-based network which is what Straight Talk uses. Straight Talk also offers GSM-based phones which run on other networks that do not offer this feature. See their smartphones grouped by network here.

You can use voice command to do the following:

This is all well and great, but I haven’t figured out how to get to voice command mode without having to navigate to the tools menu. If you have to press four or five buttons to get to voice commands, it’s not much better than doing it by hand. However, once you do get to the voice command section, it’s great to check on your voicemails, missed calls and messages in one swoop. It may also be helpful if you’re going to be making a series of calls. 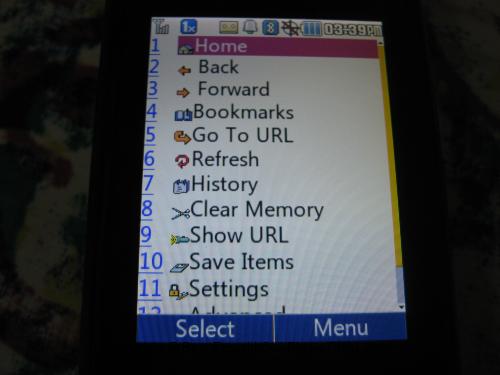 The mobile web on the Straight Talk LG290C gives you access to the major search engines and their associated email applications – this means Google (Gmail), Yahoo! (Yahoo Mail), and MSN (Hotmail/Live Mail).

You also get access to the largest social networking applications such as Facebook. However, if you're one these sites a lot, you may want to get one of their smartphones to use with their $45 unlimited plan rather than the $30 1000 minute /1000 messages 30MB plan.

One thing missing on this phone is a music player. In fact, I actually thought it had one when I first got it, and only after I realized it didn’t have a slot for a memory card did it dawn on me that there wasn’t a music player. If you don't need one on your phone then this is perfect for you. Otherwise, you may want to consider the LG 620g.

Rather shockingly, there are no games on this phone. I didn't notice this until it was pointed out to me by my son. I expected the usual one or two games but there aren't any.

The Straight Talk LG290C comes with the usual set of tools and utilities such as a calendar, alarm clock, calculator etc., but with the added twist that these applications look a little more attractive than usual, making them a little more pleasant to use even though the functionality is pretty much the same.

For each event on the calendar, you assign the time and subject, note whether it's a repeating even, and assign a particular ringtone. So you can assign groups similar event with the same ringtone and designate particularly important events with another ringtone.

You can set up to five alarms through out the day.

The regular calculator is not much to write home about, but the EZ-Tip calculator adds a nice effect of showing a bill folio opening to show the bill along with the suggested tip. It's a small touch, but it brings a smile to my face - a small pleasure in compensation for doling out the extra cash.

The world clock actually has a rotating 3-D globe that shows the city you choose. You can use it to educate your child (or yourself). Nice.

You can convert area, length, temperature, mass, volume and velocity between metric and English units.

The only tool that's missing is a countdown timer, which comes in handy when you're trying to limit the time you spend on certain tasks. This seems to be missing from other LG phones, but is available on the Samsung phones.

The Straight Talk LG290C comes with a wall charger, a services guide, a quick start guide in English and Spanish, and an activation card that lists the serial number you need to activate the phone. You can also find the serial number on the phone in the prepaid menu, and if there is any discrepancy then go with the one stored in the phone. 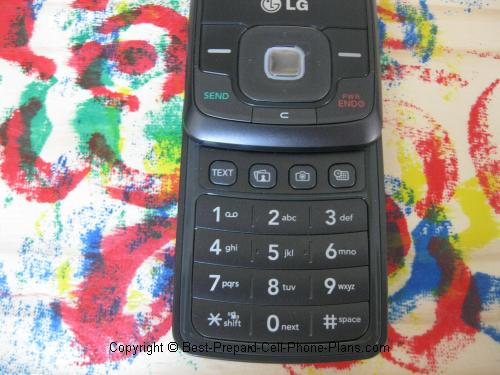 The keypad on this phone is very responsive and really pleasant to use. While I can’t vouch for its long-term reliability (having just gotten the phone),it seems to be one of the best I’ve seen on a prepaid cell phone.

There are dedicated buttons on the side for the camera, speaker phone, and to adjust the volume.

The Straight Talk LG290C weighs about 4 ounces, due to it slider mechanism, but still is fairly handy. I do find that I require two hands to slide open the phone – one hand to hold the phone and the other to grab the ridge just above the screen – unless I hold the phone against me for leverage.

The phone is fairly compact at 4 x 2 x 0.6 inches considering its large screen.

Talk time is about 3 hours and standby time is about a week. This doesn’t include time spent on the web, so you should probably recharge every night or every two or three days.

To find out more, you can check out the online LG290C tutorial here.

The Straight Talk LG290C is an attractive, easy to use phone that takes advantage of the features of the prepaid and no-contracts plans available for it.

Often, you can also get the Net10 version of this phone free with purchase of a $25 or $50 airtime card.

Tell us about your experience with this LG phone!

I want to transfer my contact list from one LG290C to another but no one seems able to do this. I contacted Straight Talk and they say I can't do this. …

I took a photo with my phone at resolution of 960 x 1280. I pressed send and got the message "Selected content is oversized", and it won't allow me to …

My granddaughter showed me how. Not rated yet
To Fix Oversized Content Problem I kept getting the "Selected Content is Oversized on some of my pictures when trying to send them (from my LG 290C) …

Just got my second one. Love it. Not rated yet
I love this phone. Clear sound, good features and so easy to slide close and put in your pocket....no key lock or such needed. This phone never let me …

Slow Moving Wallpapers Not rated yet
I have downloaded several wallpapers from Myxer.com and they are much slower on my LG 290C than on Myxer's website. Does anyone know why this is? Thanks. …