Part 2 - Can You Get Attractive Phones?

You can actually get attractive and modern handsets from Tracfone. 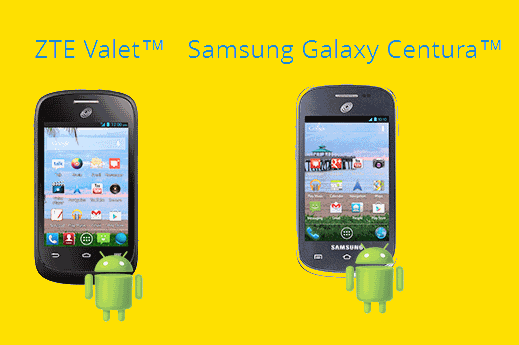 In addition to the smartphone, a couple of other handsets also had WiFi capability. These were the Samsung S390G which had a QWERTY keyboard and track pad, a 2MP camera, web browser with YouTube viewer. The LG 840g was a touchscreen phone that could also connect to WiFi networks. 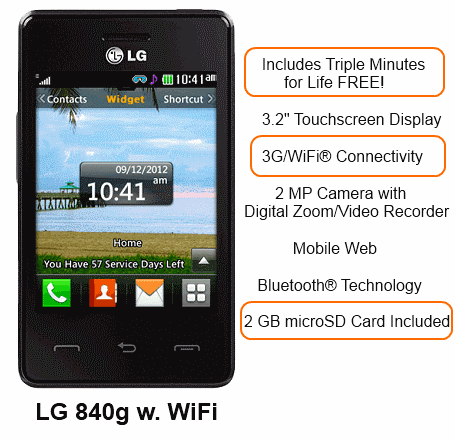 Tracfone has introduced a few other prepaid touchscreen phones: the LG 505C, LG 800g and the Motorola EX124g. 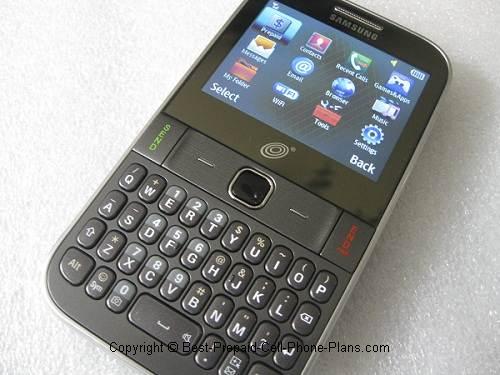 All of the above phones have megapixel cameras and play mp3 files. If you don't need a music player and want a...

The Alcatel A382 and A392 come with large buttons, simple menu and an FM radio.

If you don't need a megapixel camera either, then there are a few more good values.

Basic phones do have their advantages, such as long battery life and low replacement cost. Basic handsets available include the Samsung S150g and Samsung S125g.

All of the above are GSM phones that run on the AT&T or T-Mobile networks, but in certain areas you can get a CDMA Tracfone that runs on the Verizon network.

So you can get attractive handsets, but will you...

Save money on them?

There are a couple of online package for saving you money on those three attractive handsets which include triple minutes for life. You can either go with a phone package and buy airtime separately or get a phone plus airtime package, and you can usually get free shipping.

In stores, you can go to places like Target and Walmart. I've seen them at the local supermarket and Walgreens sometimes has a good sale. Dollar General seems to have a special relationship (though the prices aren't usually the best).

Usually, there are (refurbished) phone plus airtime card packages available directly from Tracfone. Usually the bundle includes a $20 60 minute card that double to 120 minutes or triples to 180 minutes depending on the phone.

When you get the packages that include a bucket of airtime minutes you don't have to buy any additional airtime in the beginning. Look carefully to see whether a bundle offers single, double or triple minutes. This will affect how much you pay in the long run.