So here's my story on transferring a number by calling up Customer Service on the day that my minutes were scheduled to expire.

On my last drive up to visit my parents, I realized that the microphone on my old Tracfone had stopped working. I could make a call and hear the person on the other end just fine, but they couldn't hear me. To top it off, this was the weekend after some terrible flooding in the Northeast, and though the rain had stopped, the news sites said the waters had not yet crested.

Needless to say, my phone calls were not exactly reassuring because no one could hear me.

By the way, one thing I did confirm during this 10-hour drive was that Tracfone's coverage is pretty good. I went through some pretty (in both senses of the word) rural areas in Virginia, Pennsylvania and Maryland (though there's quite a lot of building going on). There were usually at least two or three of the little blips on the phone's screen indicating good signal strength.

Once I got home, I got back to work and doing my errands, and let the phone sit there. I didn't miss it much as I frankly didn't need to use a cell phone all that often. I could still use it for text messages, so that capability was still there. Also, I felt a little lazy and a little apprehensive about calling Tracfone.

I checked that the Tracfone display said I had 100 minutes, which expired at the end of the month. I had to decide what to do. I finally called up Tracfone, and the person there said to get a new phone and call them back. They would take care of it.

So, of course, I kept putting it off, as I knew it would probably be a pain, and then, on the day the minutes were to expire, I finally went down to the local drugstore (a CVS in my case) and bought a $20 Tracfone. I came home and hooked up the charger and waited about an hour. 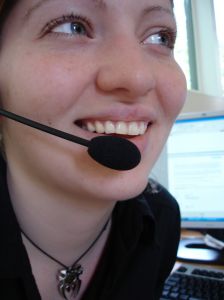 Then I called up Customer Service (from a landline) and expected to wait. Instead, I was connected to a person in probably less than 20 seconds! Even the phone menu was not too bad. The Tracfone customer service representative was well-trained and helpful, and her enunciation was very clear, which was important because I would have to listen to her read out many series of numbers which I would then have to enter into the various phones in their "Code Entry mode".

You go into code entry mode by first selecting the "Prepaid" menu option on your handset. Then just scroll down until you find the "Code entry mode" option and select it. This is where you enter the codes to set up your phone.

Transferring the Number and the Minutes

First, we started with the old phone. I had to give the rep the phones IMEI number so that she could look it up and verify the usual info. Now according to her records, I should have 60 minutes on the phone, which was the number of minutes I last purchased. But I actually had 30 additional minutes from before (rollover minutes). She took a while to confirm this, then said OK. The basic procedure would be such:

I checked my Tracfone number by going to the "Prepaid" on the handset and selected "My Phone Number to check that I had indeed successfully transferred the number.

How it Worked Out

At each of these steps, I would have to enter into the handset 4 sets of multiple digit numbers, which the customer service rep would say out to me. Luckily for me, it worked flawlessly, though I dread to think what the experience would be like for people who have difficulty doing this.

Tip: It helps be alone when you do have to transfer a Tracfone number. Having kids horsing around or any other distractions would lead to this turning into a nightmare.

Oh, and one other thing. After getting my "welcome" text msg, I started to get these advertising messages from Tracfone. I had to reply "STOP" to unsubscribe from these. If I had known this, I would have asked the service rep to turn this option off.

Still, all in all, the whole process was relatively painless, and the customer service reps were a pleasure to deal with.

A reader called up and said her aunt's minutes also disappeared. Calling up customer support has so far been a frustrating affair. He was understandably quite upset as he knew her aunt didn't suddenly use up all those minutes.

I told him about the situation below and how it was resolved, and I wished him well. I also suggested he could try escalating the incident to the Miami office.

Some minutes disappeared from a Samsung T404t phone, and I had to call customer service. Surprisingly, they put the minutes back on. Cool!

The new phone with the transferred telephone number worked great. However, after a few days I began to get email messages and even recorded telephone messages(!) from Tracfone. These messages said that my number was about to expire, and that I had x number of days to re-activate our service. All handy reminders as such, but totally incorrect.

The service on this particular phone was valid for another two months, and it was working fine.

Clearly, their warning system does not always automatically reset when you call up Tracfone customer service to transfer a number from one Tracfone device to another.

I could have called Tracfone to resolve this, but as long as the physical phone keeps working, I let it go. The messages eventually stopped.

I needed to change the number on that same T301G to a number with a Virginia area code. We had moved, and I wanted a local cell phone number. I called customer service, and we did what we had to do to change the number over, but it didn't take. I called back, and they sent a new SIM card. After receiving it, I was unable to activate it online, because the system thought the phone was already active. I made another call to customer service. All went well, I now had a Tracfone with a local number.

So overall, I've been happy enough with Tracfone Customer service to have stuck with the company over the years.

I tried transferring a phone number online via Tracfone's site from a Motorola W175 to a Samsung T301G. It didn't work. Thus, one more call to customer service. After a few minutes of typing in sequences of numbers in code entry mode, the transfer was completed. The process took a few minutes, but the CSR was patient and clear. We didn't have to redo it.

I had the "opportunity" to try out their customer service for the second time last week.

My minutes had run out on my trusty old Nokia 1100, so I bought a Motorola C261 camera phone from Tracfone's website as they were offering a pretty good deal of the phone and a one-year card with 600 minutes for $129.

The phone and airtime card arrived in the mail. I didn't activate it online as I wanted to try and retain my old number. Unfortunately, I was past the expiration date of my service.

I called up my Tracfone number from my landline and confirmed that it hadn't been taken by anyone else yet.

So I called Tracfone and explained my situation. The customer service rep told me that I had to get a new number because I had let my old number expire. Not believing that, I asked to speak to a supervisor. The rep put me on hold forever until I hung up.

A couple of days later, I tried again, and this time got a customer service rep who said that I could transfer the number. So I gave the serial numbers of my old and new phone and activated my airtime card, and thought I was all set.

Then I check the phone number of my new phone. It was a new number! I was quite annoyed.

I went back and checked the invoice slip for my phone and noticed that there was a different customer service number for direct sales. I called up that number and this time was connected to a person who was clearly more knowledgeable.

I explained my situation, and the representative said that I could get my old phone number back, but they would have to send me a new SIM card for my phone. This would have been great, but I was going to be traveling again in two days, and didn't want to use the phone with a new number for a couple of weeks and then switch back to the old number.

In this case, I gave up the number I'd had and kept the new number. I braced myself for the inevitable "wrong number" calls for whoever had the number before me. The person who gets my old number will be faced with the same. Such is life, as they say.

Tell us about your Tracfone customer service experience.

My Tracfone no. is snip. I just recharged my Tracfone here from Europe thru mobile recharge. It is impossible to access my account from here. I …

Too old of a senior

How was your Tracfone Customer service experience? Non-existing What happened in the end? They said they were sorry......how sad Let me talk to …

I haven't had problems w/ this phone until 12/16/2016. No minutes have appeared, and the service has been disabled. So I bought a card and attempted to …

Two Months and No Phone

I have been trying to receive a replacement phone since the first of March. My journey began in February when I contacted Tracfone about the phone not …

My son purchased the BYOP kit so he could get a better phone but still keep the tracfone account. His sim card did not work and the representative said …

Cut me off and did not answer my questions

How was your Tracfone Customer service experience? Very poor. What happened in the end? My questions were not answered. How did this make you feel? …

Hours on the phone lost forever, nothing accomplished Not rated yet
How was your Tracfone Customer service experience? Horrible, could not understand or get them to understand my problem, a big waste of time. I gave …

5 hours of my life I can't get back. Not rated yet
How was yourTracfone Customer service experience? Horrible! 6 support representatives and 5 hours plus on the phone and I still can't get my new …

Insanity Plus Not rated yet
How was your Tracfone Customer service experience? Insane What happened in the end? TF.CorpResolutionTeam at tracfone.com …

Total frustration and no ending in sight Not rated yet
My annual phone expires on Dec15, As I am out of the country until Spring next year I need to top up on line. I trust the fact that I won't be able to …

Bad phone service Not rated yet
How was your tracfone customer service experience? Not good. They could not get my phone to get service. What happened in the end? …

Three days to a downgrade Not rated yet
My experience was terrible, frustrating, and then my service got worse. I've had Tracfones for years, but, recently, some changes have me looking for another …

Very bad experience Not rated yet
How was your Tracfone Customer service experience? What happened in the end? I was very dissatisfied with the representative -- very snippy and …

Customer Service is a Joke. Not rated yet
How was your customer service experience? Awful What happened in the end? Nothing got fixed. How did this make you feel? Pissed …

Previous - Getting in Touch